In this post I’d like to dig into three specific elements which affect the structure of a song from the energy and feel perspective.

Texture in music is simply the layering of instruments or sounds in a song. In particular how the melody, harmony and rhythms of those instruments combine.

A thick texture suggests lots of layers and thin texture is fewer layers or even just one instrument. I like to think of it in terms of looking at a line travelling from left to right that changes thickness as the song progresses becoming thicker and thinner and so producing contrast and variation.

You can use texture in your songs to help definte new sections. For example, typically a verse in a song will have less instruments than a chorus where you’re wanting more energy.

If you’re working on a song and it’s lacking the increase in energy between the verse and chorus try losing and instrument from the verse or adding something to the chorus.

What to add or remove we’ll talk about next.

This refers to to the unique sound of an instrument or a group of instruments that help us distinguish them from each other.

A nylon string “classical” guitar has a darker and mellower tone colour than a steel string acoustic guitar. The use of the words dark and mellow are tone colour descriptions.

When it comes to writing music and structuring is a lot of the energy of a song can be shifted by the use of different instruments in different sections on the song. In the same way “thickening” the texture by adding instruments helps build the energy it also matter what the tone colour is of those instruments. One simple example is the addition of a rhythmic tambourine in the chorus of a song to lift this section. It’s not just the rhythm or the fact that we’ve added more instruments it’s the bright jangle of the tambourine employed rhythmically that creates the energy that lifts this section.
A good way to understand this tone colour effect in the inverse is to play the same rhythm in the chorus but with an instrument which is the opposite tone of the tambourine such as a floor tom from the drum kit. It will certainly create a feeling of power but it won’t be the same lightness and lift of the tambourine.

Last of all we come to rhythm which was mentioned above. Rhythm in music is the way instruments and sounds play in the plane of time. Rhythm is separate from the bpm or tempo as you can have a song which is slow but be very rhythmically complex which can dramatically alter the feel of a song.

Continuing on our tambourine example what if we introduced the tambourine but instead of 8th notes with accents we play quarter notes. Immediately the lift disappears and we get more of a metronomic effect which gives some lift because of the texture and tone colour but because the rhythm is shifted we lose some of the impact.

Experimenting With The Ingredients

Within these 3 elements of a song there is a huge variety of options to help delineate the structure of a song. It’s worth spending some time in your DAW playing around with a song and trying the following experiements:

I hope this post has given you some ideas to try in your next song. This post is not even close to being exhaustive so tell me about your own structure ideas in regards to timbre, texture and rhythm.

All the best with your music making.

Photo by Jefferson Santos on Unsplash

Goodbye "Big Orange" you've been a big support on 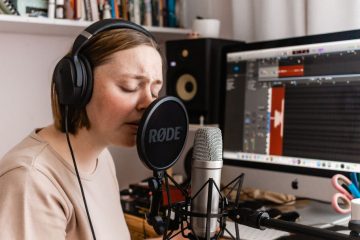